We believe that a successful acquisition strategy is driven by building regional scale in a limited number of core operating areas. Citation is exclusively onshore, exclusively domestic and exclusively focused on the acquisition of long-life oil reserves in mature producing basins. Since 1985, we’ve invested $2.1 billion acquiring producing properties through a proven approach, executed with focus and discipline during multiple cycles in the upstream E&P industry.

The specific criteria that guide Citation’s acquisition activities are:

Citation targets properties that it can evaluate with a high degree of confidence in a relatively short period of time. Prospective properties generally have many years of established production history from well-known, developed producing horizons. We believe it is difficult to make prudent acquisitions on properties that have a high degree of reserve or geologic uncertainty. Our acquisition strategy is based on evaluating and acquiring a relatively large number of properties in each of our core areas, and therefore we believe it is essential for reserve risk to be kept to a minimum.

Citation acquires longer life properties as a hedge against price uncertainty and to minimize reinvestment risk. In addition, we believe there is a long-term supply/demand trend toward higher oil prices. Although our price projections are in general agreement with those used in the industry, we have much greater confidence in long-range rather than more volatile near-term oil price estimates. Therefore, Citation believes that it reduces risk and improves its prospective returns by acquiring properties that will have at least half of their reserves remaining five years after their acquisition.

Citation believes that much of its success results from an emphasis on the efficient operation of its properties. On most of the properties that we have acquired, our aggressive, disciplined operating techniques have resulted in material production increases and expense reductions. In general, producing oil properties, particularly older or secondary production properties, have higher operating costs than natural gas properties. As a result, our focus on oil reserve acquisitions provides greater leverage to improved operating practices.

Citation generally focuses its activities in selected traditional producing basins in the Mid-Continent, Permian Basin, Illinois Basin and Rocky Mountain regions. We prefer areas with a long history of oil operations at relatively shallow depths. Focusing our efforts in a few core areas improves our ability to realize enhanced economies of scale through incremental acquisitions and future exploitation activity. Benefits of this strategy also include higher per unit revenues, lower per unit operating costs, greater rates of drilling and recompletion/stimulation success, a lower likelihood of making unsuccessful acquisitions and higher returns on invested capital.

Citation typically seeks to acquire a majority interest in target properties it has identified and to act as operator of those properties. As a majority owner/operator, we can more effectively manage production performance, control operating expenses and direct the nature, timing and amount of capital expenditures. Control is essential to allow the timely implementation of desired engineering and operating techniques and to avoid being subjected to the methods of another operator who may not have the resources, expertise or focus to operate the property most efficiently. Citation currently operates over 90% of the value of all properties it owns, and it believes that the operating expertise and experience of its personnel are instrumental in its ability to effect improvement in production rates and lifting costs. 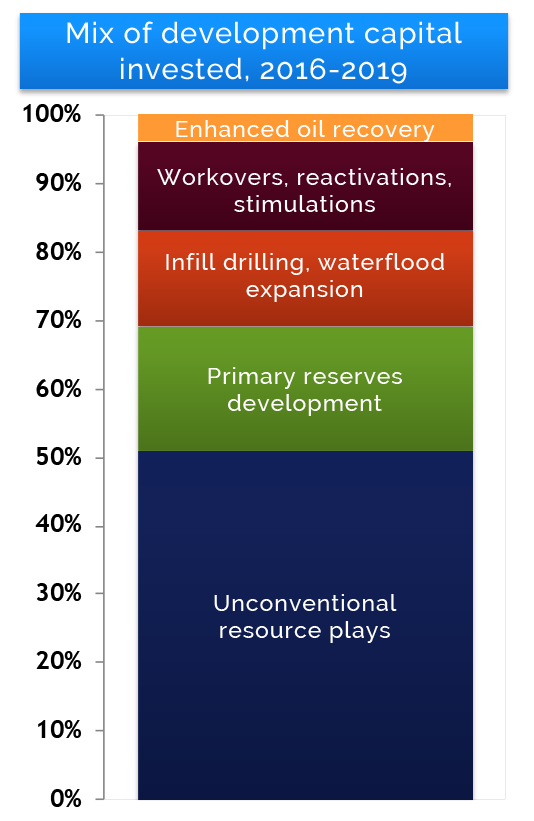